Don’t feel like driving by yourself out on gravel roads? Want to experience the true Icelandic North ? Why not enjoy being picked up in Reykjavík or Hvammstangi by a local and be guided on your way to experience Húnaþing vestra, the land of natural wonders, varied wildlife and rich history with a knowledgeable local guide. 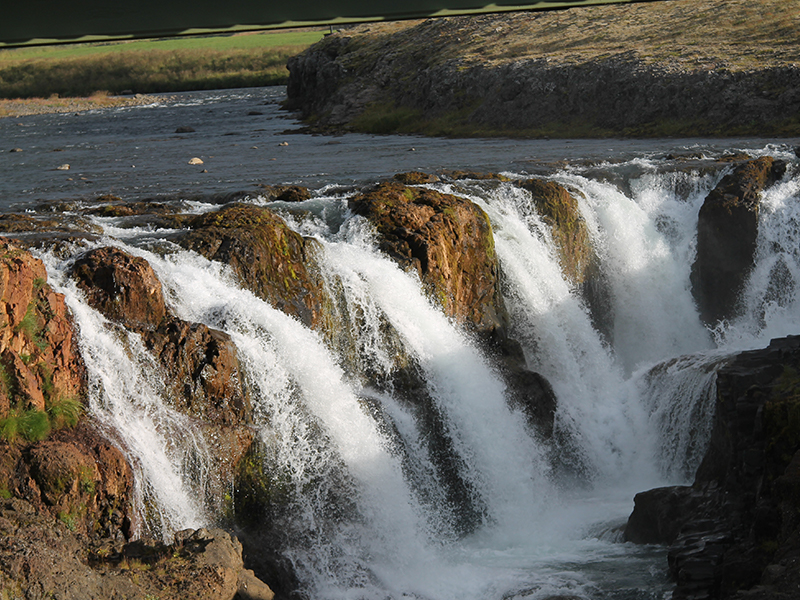 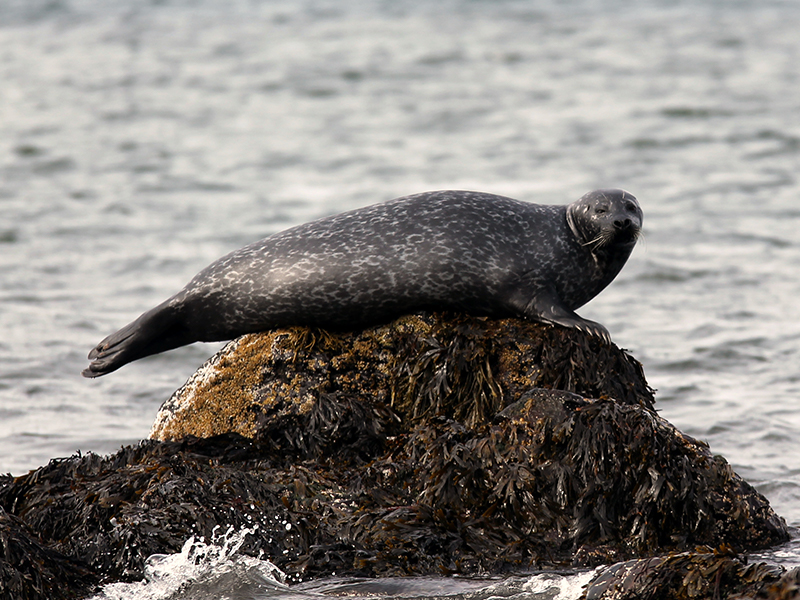 First, the tour starts at the Icelandic Seal Center where you can learn everything there is to know about the seals around Iceland. Next up is a tour around Hvammstangi where you will get to learn about its rich history and vivid culture.

Now the tour gets real as we drive you out onto the Vatnsnes peninsula on a real Icelandic gravel road. First stop is Ánastaðastapi, a geographical rock on the beach and the beautiful Skarðsviti lighthouse where just below it is a natural hot spring. Next stop is Hamarsrétt, a sheep roundup, in a location that is both beautiful and unique as it stands next to the shore. This is a great place to enjoy the amazing scenery and view of the Westfjords as well as the local wildlife and including the abundant birdlife that can be found here. 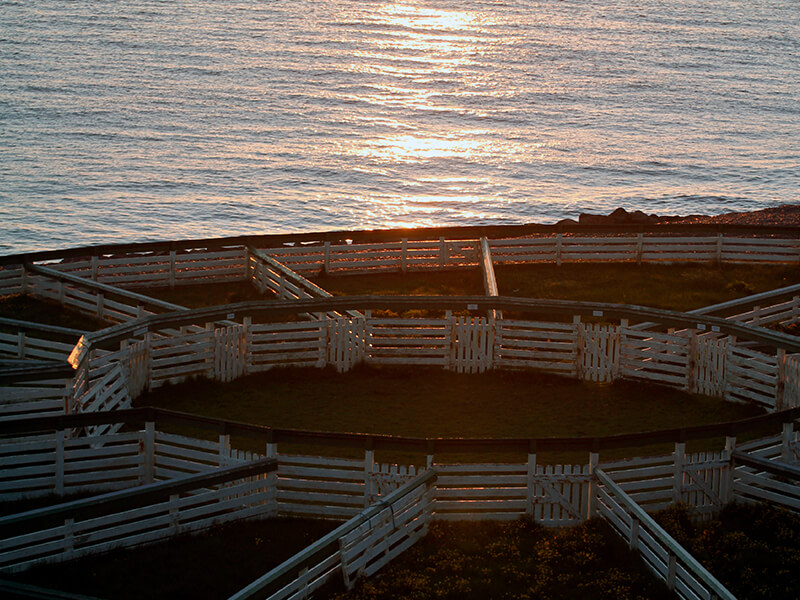 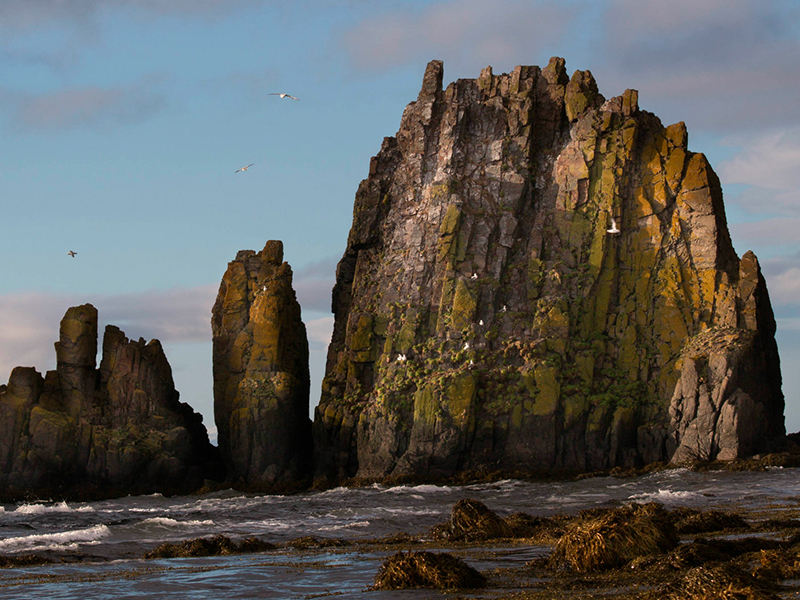 From sheep’s to seals, next stop is at one of the best-known seal colonies in Iceland; where on a good day you can see many seals from a close distance. It is also known for an important and tragic historical reason. It is the same location where murders in 1828 led to Iceland’s last execution.

Next up is the highlight of Vatnsnes and one of the best-known rock in Iceland, the spectacular Hvítserkur. Hvítserkur is a 15 meter’s high volcanic plug that looks like an elephant or a dinosaur even though it was believed to be a petrified Troll that got caught by daylight. An animal, troll or a magnificent rock it is a must see.

After enjoying that you head to Borgarvirki, a 10-15 meters high basalt fortress that stands 177 meters above sea level which means that when arriving at the top of it you have an amazing view in every direction and can use the view dial that is located there to recognize the mountains in your surroundings. According to the Icelandic saga the Vikings used the fortress for military purposes so here you can really soak up Icelandic history.

After enjoying that unforgettable lunch, you will head towards Borgarvirki, a 10-15 meters high basalt Viking fortress that stands 177 meters above sea level. Don’t let the clime (or rather an easy hike) scare you, as it means that once arriving at the top you have an amazing view in every direction. Use the view dial that is located there to help you pinpoint the mountains in your surroundings. According to Icelandic saga, the Vikings used the fortress for military purposes it’s not every day that you get to literally stand in the middle of Icelandic history.

If talking about Iceland’s history one must remember that Icelanders’ most valuable servant, the Icelandic horse. Out next stop will allow you to take a peek into its’ everyday life. Sindrastadir is one of the most advanced riding centers in Iceland. Built in 2014, it is equipped with first-class horse training technology and is run by award-winning horse trainers and riding instructors. Do not miss out on an exclusive opportunity to visit the unique Sindrastaðir and get acquainted with the staff, horses and the work that goes on here every day. 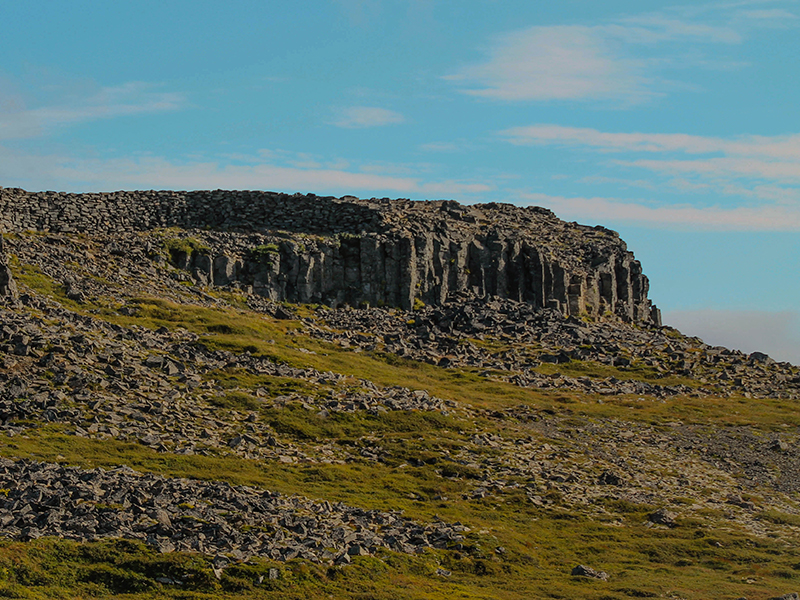 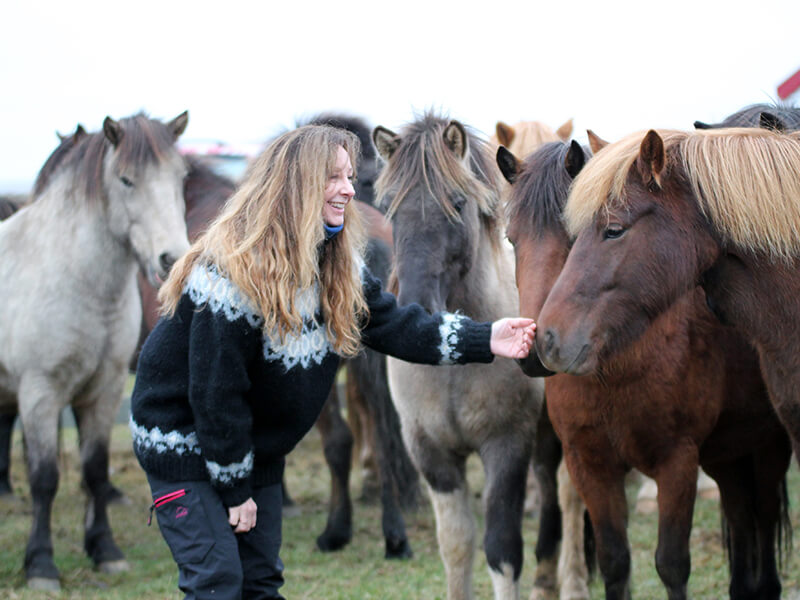 Next up is one of Hunathing’s natural wonders. Kolugljúfur canyon is about 20 to 25 meters deep, where the waterfall Kolufoss streams into the canyon. Visitors will view the canyon and waterfall from above making it a unique viewpoint. This is one of the “must see” places on your way through North Iceland.

And finally, the tour will come to an end where it began in Hvammstangi. The last stop is Kidka wool factory, the biggest of its kind in Iceland where you can unravel the interesting art of modern-day wool production.

Seize this opportunity to experience the real Icelandic nature with your own private local guide.

Needs to be booked at least two days in advance.